2020 is just around the corner, but we can’t forget how 2019 was such a big year for women in sport. And motorsport was no exception. Over the course of three months, with six races across Europe and 20 female drivers, the first season of the ‘W Series’ came to an end in August. Preparations for the 2020 season are well underway. 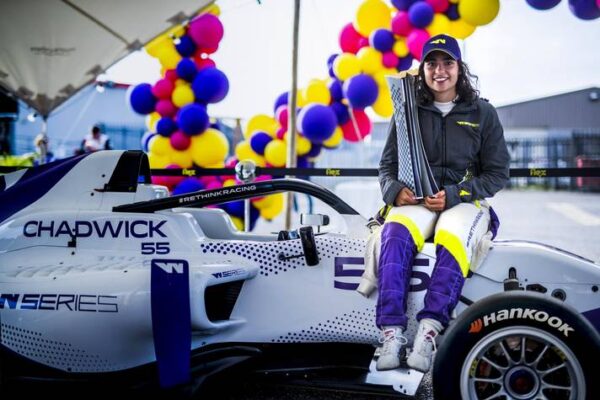 What is the W Series?

As the first all-women single seater racing championship, there was of course a huge mix of opinion as to the necessity and motivation behind the W Series. Many criticised it for the ‘segregation’ of female drivers, as motorsport is one of the few sports to have men and women race side-by-side. Furthermore, with its adolescence, many complained of its limited camera angles, minimal replays and overall lack television coverage, despite being broadcasted in 50 countries.

However, although the championship had its hiccups, there were several innovative ideas that made the W Series great; such as reverse grid racing, and one of the most prominent features, the absence of teams. Each woman was put to the test against each other, on major tracks, in matching cars, with rotating pit crews, racing for only themselves and their country.

This championship was never about a team winning for having the best engineers, but more so a chance for drivers to compete against their peers at a high level. Not only that, but these inspirational drivers also showed off their commitment to the sport, and willingness to prove themselves ? inspiring a new generation of female drivers.

In 2019, the W Series beat expectations, with some ‘400,000 Brits’ tuning into the first race in Hockenheim on Channel 4 ‘smashing estimations’. Thanks to Channel 4’s continuous live coverage, this numbers are expected to increase next season.

Plans for the 2020 W Series are already in full swing with the first stage of driver selection completed one month ago, and the 13 new drivers announced on Twitter. The top 12 from W Series 2019 already have a space on the grid, including the first champion, Jamie Chadwick.

Catherine Muir, W Series Chief Executive, states that it is about much more than pushing young girls towards entry level motorsports, but for women to continue to pursue F1 drives. Forty years have passed since Lella Lombardi’s appearance in the F1 and there’s no point waiting another forty. Muir also intends to branch out of Europe and add races from the United States and Asia by 2021.

Evidence of the success of the W Series can be seen across their social media channels. Their Twitter following doubled to 31,000, and their YouTube channel gained 5,000 subscribers in the first week of races. Over the course of the season it grew to 11,000 subscribers.

Like many other organisations and events this year, W Series is bringing women the opportunities and recognition they deserve and helping in the push for equality across all sports. Bring on 2020!